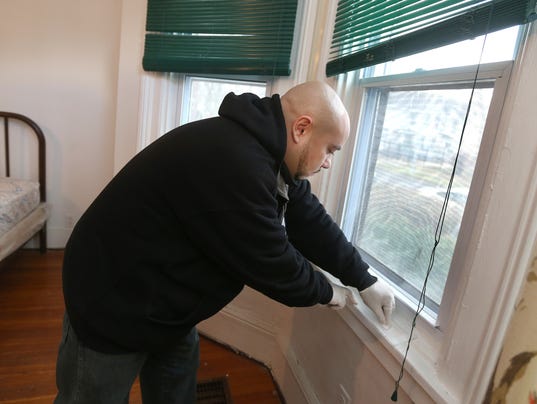 Levels of lead exposure near children’s homes has a direct, causal effect on the likelihood they’ll be suspended from school, according to a review of data on 120,000 students.

The finding is very relevant in Rochester, where both those problems persist despite years of attempts to combat them. The most recent local data show that 5.5 percent of children in the city have unsafe levels of lead in their blood, while the Rochester City School District doled out nearly 9,000 suspensions to its 27,500 students in 2016-17.

The study, published in May by the National Bureau of Economic Research, used particularly robust lead testing data from Rhode Island and linked it to children’s academic records. They also cross-referenced geographical data, since it has been shown that people living close to heavily trafficked roads during the age of leaded gasoline were disproportionately harmed.

Lead levels in blood are measured in micrograms per deciliter (mg/dl). The researchers found that every additional microgram increased a child’s odds of being suspended from school by about 7 percent. They determined the relationship was causal, not correlative, meaning it was the lead that caused the suspension rate to rise.

“We find that both school disciplinary infractions and juvenile incarceration rise with
preschool blood lead levels,” the authors, Anna Aizer and Janet Currie, wrote. By the same logic, they proposed that falling crime rates across the country can be attributed in part to the gradual diminution of lead poisoning sources.

Lead mimics calcium and prevents the body’s ability to absorb it. Children are more susceptible than adults, both because they’re more likely to touch lead-contaminated surfaces and because their bodies are less equipped to fight it off.

Recent research shows that lead is absorbed more readily when children have high levels of stress or poor nutrition, placing it squarely at the nexus of urban poverty. Among its negative effects are diminished cognitive abilities, poor impulse control and inattention.

For more than a decade, Rochester has been recognized nationwide for its efforts to reduce lead poisoning. A 2005 city ordinance requires inspections and abatement workat all pre-1980 rental properties.

Since 2004, the number of Rochester children found with very elevated lead levels has dropped from 6.5 percent to 1.5 percent, while many others have lower, but still unsafe, levels. That rate rebounded somewhat in 2015, the most recent year of data, after many years of decline.

Last month, the city got $1 million in federal funding for additional prevention work in old homes.

It is not a coincidence that the data comes from Rhode Island. That state is a national leader in the frequency and thoroughness of its lead poison testing and tracking, according to Elizabeth McDade, program director for the Rochester Coalition to Prevent Lead Poisoning.

“It’s hard for people sometimes to imagine the importance of it, because we got rid of the paint in 1978 … but the (link) between lead poisoning and violence, behaviors that could be considered disruptive, delinquency, all that, is something we’ve known about for a long time,” she said.

RCSD has been making strides recently in reducing student suspensions by being more cognizant of the effects of trauma. Data released Friday shows that many schools have made serious improvement, while others are lagging.

There were a total of 8,844 suspensions in the district in 2016-17, down from about 11,500 each of the past two years. The most striking improvement came at East High School, which under the University of Rochester saw suspensions fall from 2,541 to 478. The Leadership Academy for Young Men went from 665 last year to 75 this year.

At other schools, however, the trend went in the opposite direction. At Edison Tech, suspensions have increased each of the last three years, from 635 to 991 to 1,146. School of the Arts, not typically considered an unruly school, has issued more than 600 suspensions each of the last two years.