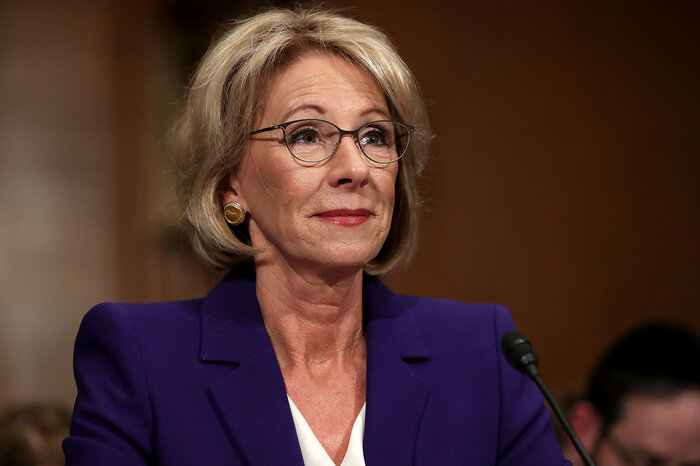 The U.S. Education Department is proposing changes to Obama-era rules that offer debt relief for students who were defrauded by their colleges.

If you attended a school that misled you or engaged in misconduct, there’s a government program called Borrower Defense to Repayment that helps get relief from your federal student loans. The rules that explain this program were introduced in 2016, after a number of high-profile cases involving some for-profit colleges. 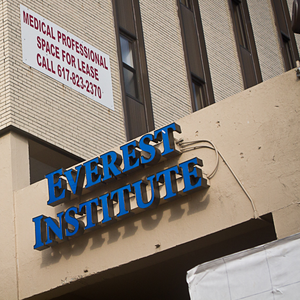 But critics and the administration have said those regulations were too broad — and allowed too many students to apply for relief.

“Basically, any students could raise their hand and qualify for free money,” says Mary Clare Amselem, a policy analyst from the conservative Heritage Foundation. When colleges misbehave and students get those loans forgiven, she explains, taxpayers are on the hook for the bill. “Shrinking the budget that goes towards Borrower Defense is definitely a good thing for American taxpayers.”

The Education Department estimated that the program, under the 2016 regulations, would cost the federal government about $14.9 billion over the next decade. 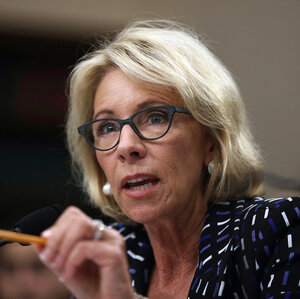 The biggest change in DeVos’ rewrite of the rules: Students who want their debt forgiven will have to show that schools had the intent to harm them, with misleading advertising, a reckless disregard for the truth or financial harm.

But opponents worry that puts the bar too high.

“It puts so much responsibility on students and students alone,” said Ashley Harrington, a lawyer at the Center for Responsible Lending, “and on no other piece of this puzzle.”

Harrington was involved in the negotiations of this new rule. She says in that negotiation process, she witnessed for-profit lawyers make a number of suggestions, many of which appear in the new rules.

“This new version reads like a road map for how for-profits can continue to behave badly and avoid accountability,” Harrington says.

According to an analysis by progressive think tank The Century Foundation, 98.6 percent of the nearly 100,000 students who filed for borrower defense claimed they were misled by for-profit schools. According to the report, veterans or low-income students were especially at risk.

For-profit schools aren’t the enemy, insists Linda Rawles, a lawyer based in Arizona who helps mostly for-profit schools comply with federal regulations. She was at that negotiating table, too and supports DeVos’ proposal.

“I don’t think it lets the schools off the hook at all,” she says, “If they commit fraud, then this has teeth.”

In a statement, Secretary DeVos agrees: “Our commitment and our focus has been and remains on protecting students from fraud.” And she says, the new regulations will spell out clear rules for that.

Yet student advocacy groups worry those clear rules could be so strict, few students would qualify.

The changes are open to public comment for 30 days.
One big question the department is asking: Should relief be limited to students in default or should folks actively repaying their loans get help, too?

Heard on All Things Considered