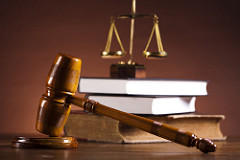 Commentary: WASHINGTON — The National Education Association and the American Association of University Professors submitted an amicus brief today with the Supreme Court in the case of Janus v. AFSCME, Council 31. The National Right to Work Committee, which is behind the case, is asking the Court to read into the First Amendment a right to work law for the entire public sector. As the brief explains, the First Amendment has never been so interpreted and doing so would conflict with the Court’s long-established deference to state decisions about their public workforces. At issue in Janus is whether non-union members, who share in the wages, benefits and protections that have been negotiated into a collectively bargained contract, may be required to pay their fair share for the cost of those negotiations.

“Strong unions help to create strong schools for students and even stronger communities that benefit all of us,” said Lily Eskelsen García, a sixth grade teacher from Salt Lake City, Utah who was elected to serve as the president of the National Education Association. “For generations, unions have been the best path to the middle class for working people, especially people of color and women. But in this rigged economy, unions are under attack, and those attacks are coming not just from the White House and Capitol Hill. They’re happening at the ballot box and at the Supreme Court with cases like Janus v. AFSCME.”

A comprehensive report issued last year by the Economic Policy Institute detailed how collective bargaining plays an essential role in the labor market, by raising working people’s wages and supporting a fair and prosperous economy as well as a vibrant democracy. Unions and their ability to bargain collectively are an important force in reducing inequality and ensuring that low- and middle-wage workers receive a fair return on their work. Another recent report titled, “Strong Unions, Stronger Communities,” reviewed numerous case studies where members of labor unions have used their freedom to join strong unions and collective voice to fight for improvements that benefit all working families in communities throughout America.

“This case is part of a broader effort to weaken the freedom and power of working people, undermine public services, and to erode the common good. The Supreme Court should consider the benefits of robust collective bargaining and unionization for public employers, employees and the general public, including improved government services, better educational outcomes and higher economic mobility,” said AAUP General Counsel Risa Lieberwitz. “The court also should not ignore the fact that many of the groups who filed briefs in support of Janus only want to manipulate and weaponize the court’s decision to attack unions and deprive state and local governments of broad societal benefits that accompany collective bargaining.”

The Janus case presents a real test for the court. If facts, merit and law are considered, then the justices must rule in favor of upholding 40 years of precedent that support the authority of state and local governments to choose to have strong public sector systems of collective bargaining.

“The politically-motivated backers behind Janus know this case is nothing more than a smokescreen for what they’re really trying to do,” added Eskelsen García. “Point blank, this case is an assault on the freedoms of working people to earn a better life for themselves and their families. The case’s backers are attempting to write the rules further in favor of their own special corporate interests and other billionaires. The justices on the Supreme Court cannot allow themselves to be fooled.”